About The Goliath Project

For years after Logan Flannery was diagnosed and received treatment for Burkitt Lymphoma as a high school athlete in 2006, he and his wife Taylor – also a former student athlete – talked about ways to get involved and help other young athletes who are now walking a similar path. They decided to start The Goliath Project, a Christ-centered foundation with a mission to empower and restore student athletes who have recovered from cancer by providing a safe, individualized, personal training program to help these students return to their respective sports.

Through The Goliath Project, student athletes and their families can find the support they need not only to regain their health, but also to reclaim their strength.

Students are 15% more likely to attend college if they participated in high school sports.

Physical activity can help patients cope with side effects of treatment and possibly decrease their risk of new cancers in the future.

Regular exercise can greatly improve physical and mental health during every phase of treatment.

During his junior year of high school, three-sport athlete Logan Flannery had surgery to remove a lump under his left arm that doctors first believed to be a cyst. After removal, doctors discovered the lump was Burkitt’s lymphoma, a rare cancer of the lymph nodes.

Logan spent the summer before his senior year undergoing chemotherapy treatments and, incredibly, was declared cancer-free before the first football practice of the season. With a clean bill of health and a determination to get back on the field, Logan jumped right into training. But he quickly realized his body wasn’t the same one he’d known pre-cancer – Logan now had specific restrictions that other players didn’t, and he found he lacked the proper direction and individualized support he needed to healthfully return to the sport he loved.

While Logan was able to continue playing football through college at Bethel University, his experience motivated him to create The Goliath Project, a hope-filled solution for student athletes similarly affected by cancer so that they, too, can face their giants with confidence. 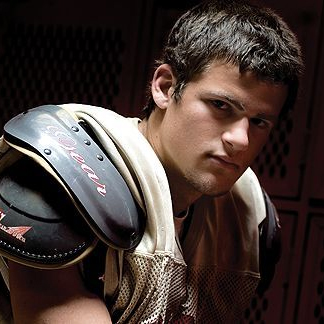 Do you know a student athlete affected by cancer in Minnesota who could use our help?