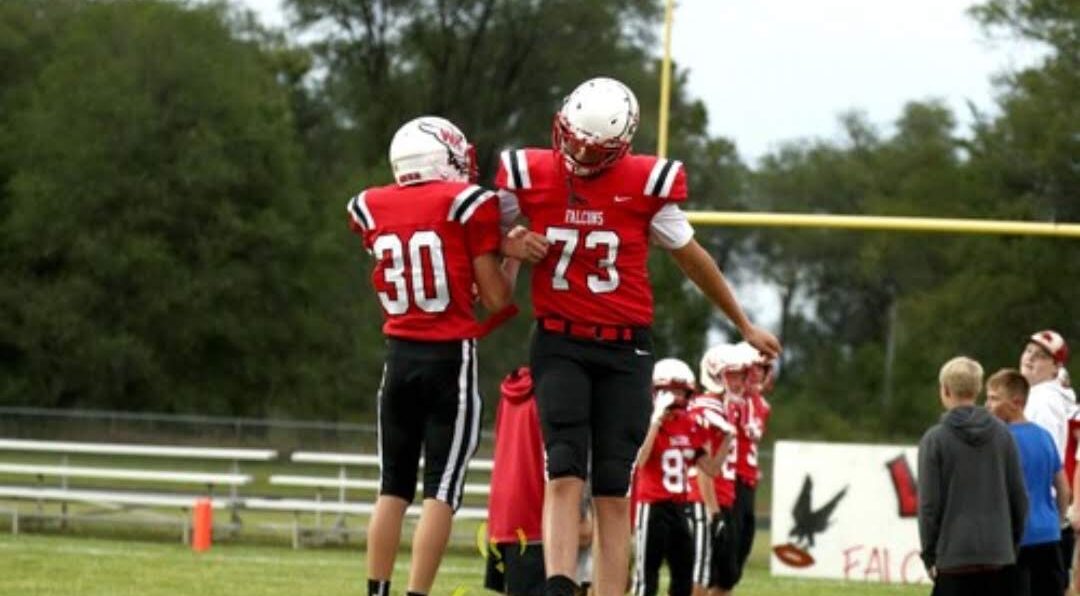 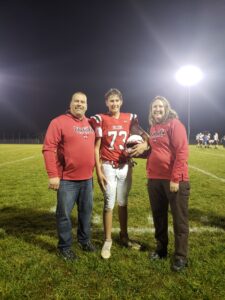 In January 2022, we received our first nomination for a student athlete named Jack Vold. Jack is a 17 year old senior in Wabasha who loves to play football and basketball. When he was diagnosed with High Risk Acute Lymphoblastic Leukemia at 11 years old, Jack’s body went under significant stress and depletion as a result of intense chemotherapy and ultimately a bone marrow transplant. He was able to return to school at the beginning of his seventh grade year but experienced difficulties with weakness, broken bones, and loss in stamina. We were so excited at the opportunity to work with Jack and come alongside him to accomplish his goal of playing football his senior year! Jack played hard and well for his final season and we were thrilled to play a part in his success. According to Jack, his favorite part of working with our trainers was the fact that there was an environment of comfortability around the trainers and he felt supported in learning how to complete his specific work outs. When asked about advice he’d give to student athletes who are just starting out in their recovery, he said, “I would say that it is easy to give up but you just have to keep trying your best and also do what’s best for you.” We are so proud of all of the work that Jack has accomplished and cannot wait to see him thrive in the future!